A Look at the History Of Crown Church (1)

I promised to provide a short series of articles for the Newsletter about the history of our congregation; I hope this will increase our knowledge of the debt we owe to generations past and help us see the way forward.

At the church’s centenary Dorothy and I had no difficulty in agreeing to a title for the booklet on the history of Crown Church; the recurrent theme throughout was clearly a continual attention to and development of worship and witness. Over the years worship has been central to all that has taken place here at Crown; generation to generation there has been continued attention to keeping worship up to date in terms of the music used, the format of services and the use of prayer. Witness for Christ has been expressed in mission, locally and more widespread with regular attention to serving the community at Crown.

How did it all begin? The origin starts in the Free Church in 1889. This was a time when there was rapid population expansion in Inverness with house building as rapid as it has been in recent years, much of it spurred by the advent of the railway which stimulated a great deal of commercial development. Inverness was expanding from the town centre up the hill to Crown; much of the existing older properties date from that late-Victorian period. You have to remember that at that time there was relatively little on the east side of the river other than the town centre; churches were largely around the town centre. Individuals in the Free Church started to talk about the need to provide a place of worship amongst this new housing.

The key instigator was the Rev D Connell, minister of the Free West Church, who issued an open letter inviting prominent men from the community to a meeting in the YMCA rooms in the town centre to consider whether a place of worship was needed and, if so, how to go about setting up a church. Around forty men attended this meeting and agreement was reached to form a committee to take forward the project of setting up a place of worship. The committee was asked to approach the Inverness Free Church Presbytery to ask it request permission for setting up a preaching station in the Hill District. This would not have a full-time minister but would simply be a preaching station with different ministers taking services as and when possible. There was a hope that it might become a permanent feature. The Presbytery approved and appointed its own committee to cooperate with the other committee in exploring how to proceed. The first problem was to find a site on which to build and no fewer than nine possible sites were considered; amongst these were those now occupied by St John’s Episcopal Church, St Stephen’s Church and the Old Academy (College) building. It is remarkable to think that Crown Church might well have occupied one of those sites. However the project was abandoned in December 1890 for reasons which are not  recorded but probably lay in disagreement about which site to choose and concerns about the likely cost of the project. From start to finish this had occupied eighteen months and now lay abandoned for almost six years.

A Brief History of Crown Church (2) 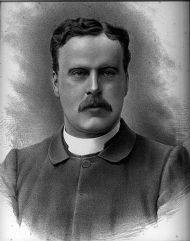 The 110th Birthday of Crown Church is on 19th September. It is not the date on which the building was started, nor is it the date when the building was completed. It is the date on which the first minister of Crown Church, the Rev William Todd (pictured on the right), was inducted to the charge. We need to go back a bit further in time to see the beginning.

Although it had permission from the Inverness Presbytery to establish a preaching station in the Hill District, the original committee abandoned its plans at the end of 1890. However, over the next six years, there was an increasing feeling that there was a  need to provide a Free Church presence in the Hill area. A meeting of ministers and members of the local Free Churches on 25th September 1896 agreed that action was needed and a plan was drawn up. The site, occupied by an old farm steading, was purchased for £1000. A competition to design a hall and a church was opened to local architects and, from the six submitted, that of the architect Mr James Rhind was selected.  The Hall (the present Lower Hall)

was the first part of the church to be built. The foundation stone was laid by Lord Overtoun in August 1897 when the name which had been chosen by the Committee, “The Crown Free Church”, was announced.

The Committee then ran into a great deal of difficulty in deciding that it was to be a church rather than the preaching station originally planned. It was only when the building of the Hall was nearly completed that they prepared to ask the General Assembly of the Free Church for permission to establish a regular charge and appoint a minister. Obtaining the support of Presbytery for their petition proved to be very difficult as there were serious doubts about the need for the church, worries about the effect it would have on the membership of the existing Free Churches and hurt feelings that the committee had chosen the name, normally the responsibility of Presbytery.

Worship in the Hall began on  Sunday 26th December 1897 when Dr Whyte, Moderator of the Free Church Assembly conducted the first service. Thereafter a succession of ministers conducted worship; attendance at services was consistently high despite there being no formal congregation; many attended their regular church as well as the new one and were jocularly referred to as “half-crowners”.  Indeed this proved to be a difficulty when trying to recruit a minister as this was a church in name only, with no members and no adherents. It took a year of searching and the influence of prominent members of the national church to find a minister. In his seventh year of ministry, the Rev William Todd MA accepted the call to be the first minister of the Crown Church. He was inducted to the charge on Tuesday 19th September 1899 from his previous post at Auchterarder. Morning worship was followed by a public luncheon in the Waverley Hotel and a reception in the evening. This was an induction done with style. Mr Todd proved to be the first in a succession of distinguished preachers and pastors at Crown.

Looking back over the records of Crown Church, I am impressed with the way in which there has always been attention paid to the life of the congregation as a community, sharing not just worship services but relating to each other as brothers and sisters in Christ. 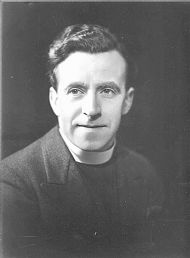 Cultural activities have included a musical association and a literary society in Mr Todd's time both of which thrived. Guild was an early venture and there have always been social activities for women. There  was an attempt at forming a Young Men's Guild in the thirties under the Rev Dr Mechie (pictured on the right), accompanied by a social hour for men. These however died out after  the 1939-45 World War but we can say today that the Men's Club and the Mostly Men monthly evenings seek to provide for the interests of the male half of the population.

Early in Mr Smith’s ministry in the 1950's, the Action Group was formed to give assistance where needed in the homes of the elderly and infirm within the congregation with tasks such as spring cleaning and redecoration. These activities have died out but the members of the  Action Group continue to provide monthly worship services for the residents of local residential homes. Whilst there have always been a considerable provision for social contact, at no point in the history does there seem to have been the extent of groups and organisations meeting in the halls as there is today. There are twenty-five distinct groups, ranging in the degree of their association with the church to simply providing a service to the community.

In outreach and mission, there is a similar recurrent theme of development. In the early years there was a mission at Washington Court and collections for world mission have been a recurrent feature. Fund raising to support hospitals in Malawi in 1979 and Tumu Tumu in Kenya  in 1985 were forerunners of our  present efforts in Malawi.

A measure of the liveliness of life at Crown Church in the first decade of the new century is formed when you look at the efforts at outreach and mission which show we are an outward-looking congregation following the directions set by those who have been here before us. Add to these our local contacts and initiatives such as Launchpad, Corner Club and Olive Grove Tearoom and Peter's chaplaincies and...............

A Brief History of Crown Church (4) - Should we have built a steeple?

There is a long history as to why Crown Church does not have a steeple. It was part of the original plans by the architect Mr James Robertson Rhind. To limit the cost of construction of the church building it was decided that the steeple should not be built; the new congregation after all was having to take a succession of short-term loans from members and friends, repaid through continuous fund raising efforts and the final debt on the building paid off from the proceeds of a three-day bazaar, ‘Ye Olde Clachan Fayre’, held in the Victorian Market in September 1906.

The idea of building a steeple did not disappear. Newsletters of the late 1920’s carried an  artist’s impression of how the church would look if it had a steeple. Mr Alexander Fraser, Maryfield, had a very successful cabinetmaker’s business and was one of the founder  members of Crown Church, elected one of the first deacons in 1901 and made an elder in 1905. When he died he left a bequest for the purpose of constructing the missing steeple which would only become active when the full terms of the will were in operation. When his son, Alastair Gordon Fraser, died there were two wills in existence. The father’s 1931 will instructed trustees to give a sixth of the Estate to each of a range of charities including Crown Church; in the second will of Feb 1938 the son bequeathed the whole estate to his mother. However, she had died before him and a court found that the 1931 will should stand. So in 1953 the Deacons’ Court authorised Mr Robert M Young (solicitor) to negotiate with the residuary legatees in Alex Fraser’s estate to obtain their approval of the Deacons’ Court proposal that the bequest should be utilised for the proposed improvements in the east end of the church rather than for building the steeple.

The original size of the bequest was £2711and carried the conditions that it was “to be devoted to the completion of the spire (but not the original one designed) as the Crown Church stands high and exposed and the Turret style appeals to many; one much after the graceful Memorial Church at Invergowrie, Dundee, designed by the late John Robertson, Architect, Inverness.” The size of this bequest was considerable, exceeding the annual income of the church (£2291 in 1953) and far in excess of the other funds. Negotiations with the other beneficiaries were successful and the bequest was ‘freed from all encumbrances’. The bequest financed the  major renovation of the chancel which included construction of a new pulpit, renewal of choir seats and renovating and repositioning organ; this exposed the Rose Window. These improvements created the chancel as it is today.

In more recent years, one of our senior elders, the late Mr George Currie, initiated an investigation into creating a steeple which would afford views of the town and be easily accessed. The plan was imaginative and would have realised a recurrent dream of the congregation but it was rejected after serious consideration as too expensive.